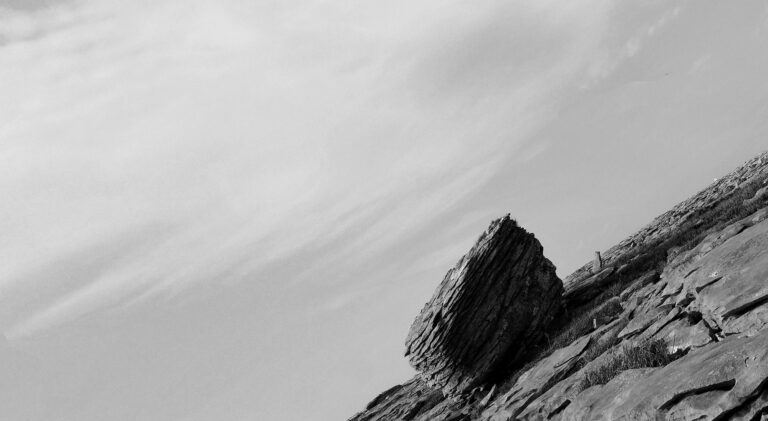 Work by PhD Students from Burren College of Art

A Sisyphean Task showcases the work of practice-based PhD students at Burren College of Art, Qi Chen, Tanya de Paor, Kelly Klaasmeyer and Robbie Lawrence. The exhibition was due to open in March 2020, though the planned launch coincided with that now fateful day when schools, colleges and universities across Ireland closed their doors in response to the rapidly escalating Covid 19 pandemic. As such, the exhibition has remained in the gallery at NUI Galway for over 18 months, awaiting this opportunity to emerge from pandemic induced invisibility and silence. It is significant that as cultural institutions across Ireland return to programming we are now able to share the work generated by these four research students and celebrate the continuation of artistic research at Burren College of Art.

Artistic Research is a core part of BCA’s programme, which is accredited by academic partner NUI Galway. Students focus on a research topic, which they explore through artistic practice to generate a contribution to new knowledge or understanding. Research at BCA represents a plurality of artistic approaches, is interdisciplinary and often informed by collaboration across multiple fields. In reference to A Sisyphean Task BCA Dean, Conor McGrady, states that, “Work in this exhibition highlights the interdisciplinary approach that PhD Students at Burren College of Art bring to investigating the world around them, and in turn questions how we understand and engage with that world through the lens of contemporary art”.

Qi Chen’s research focuses on the combination of portrait, text and documentary film to question or collapse subjective distance between people, with a view to enhancing mutual understanding.  Qi holds an undergraduate degree from the Art Institute of Renmin, University of China where he completed a Bachelor of Painting and Calligraphy in 2008.  He also went on to complete a Masters in 2012 from the China Academy of Fine Arts, and in 2017 a Master’s degree in the History of Art from the University of Edinburgh.  Before attending the University of Edinburgh, he worked as a full-time artist in Hunan Painting Academy and Hunan Province Artists Association.  Qi Chen was the director of the Young Artists Association of Hunan Province and had the honour of being part of the Great Wall Chinese Painting Distinguished Painters.

Tanya de Paor presents research from a series of intergenerational workshops that aims to co- create speculative, fabulated and playful stories about interconnectedness in the Anthropocene.  Tanya is an Irish artist, researcher and lecturer.  Her work is concerned with deploying contemporary art, creative and socially engaged participatory practices to move beyond the Anthropocene narrative to an ecological and just Symbiocene.  She holds an MA from Belfast College of Art, University of Ulster.  Tanya has exhibited and presented  her work nationally and internationally in exhibitions and at conferences. Recent publications include, International Opportunities in the Arts: Transcultural Exchange (2019) and Teaching Climate Change in Primary Schools: An Interdisciplinary Approach (2021).

Kelly Klaasmeyer’s research enquires into an image/text relationship between portrait and story, investigating expanded ideas of portraiture as a means of agency for the subject and richer insight for the viewer. An artist and writer, Kelly received her MFA from the University of Houston in 1992.  Her work is in public and private collections in the United States and private collections in Austria, Germany and The Netherlands.  She worked as arts writer and art critic in St. Petersburg, Russia for the St. Petersburg Times and then in Houston, Texas for the Houston Press and various publications.  The editor of the online art magazine Glasstire from 2007 to 2013, Kelly was awarded a USC Annenberg/Getty Arts Journalism Fellowship as well as a Creative Capital/Warhol Foundation Arts Writers Grant for Short-Form Writing.

Robbie E. Lawrence’s research examines painting as a vehicle for understanding and ameliorating Thanatophobia (Existential Death Anxiety). Robbie was born and (mostly) raised in central Texas, USA, and currently resides in the west of Ireland.  Her practice revolves around observational painting and drawing techniques, using representation to investigate the psychology of the objects and people around her.  These careful techniques are used to capture moments of storied depth and sensitivity to create quiet, contemplative spaces.