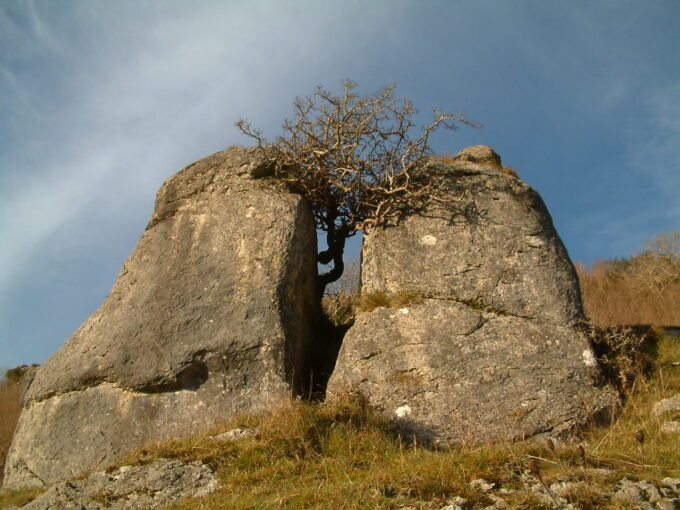 We live at a time when transformational change is inevitable.  This is both exciting and challenging.  This is a moment when what artists know about creative process and its application to real problems and opportunities has relevance far beyond the confines of the art studio.  Familiarity with creative process is needed to infuse and transform education processes, organisational and corporate life and personal life.

At the Burren College of Art, we are dedicated to the transfer of creative process across fields and disciplines.  For the last five years we have developed new immersive and transformative short courses to educate non-artists in the principles and procedures of creative processes.  These courses are adapted from the studio research methods of our MFA / PhD in Studio Art programme and they represent a significant development in knowledge transfer through creativity.

We have successfully taught these courses to masters and PhD students across the university curriculum, as well as business leaders, academics, engineers, lawyers and biochemists.  They are now available to further university disciplines and to executives, community organisers and individual professionals.

When the German conceptual artist, Joseph Beuys, said “everyone is an artist,” he meant that all human beings have the potential to be creative in every walk of life, and that all human endeavour has the potential to rise to the level of art. Following his vision and leadership, Burren College of Art’s new courses introduce people who do not see themselves as artists to new potential through the creative process.  Almost everyone is an artist as a child, though few continue in adulthood as a result of the socialization process of schooling.  Our courses bring the wisdom of childhood i.e. the spirit of enquiry, play and openness to possibility, to bear on your problems and unfulfilled potential.

There are no expectations that you, your students or your management team will have any artistic ability beyond that which you had at the age of 4 years.  If you don’t know how to be mischievous you cannot succeed at creative enterprise.  Creativity is transgressive and transformative and includes  strategies to succeed with adventure, risk, change, chaos and chance because luck only favors the prepared.  Education has often been based on traditional principles such as order, organization, obedience, which is why so little education prepares students for the contemporary world.  Businesses are often based on the same principles, which is why so many of them fail.  Everyone can be lucky, but some never get to see their opportunities.  The strategies that artists work with all the time can be transferred to you.  Involving a great deal of laughter, these courses are an education in how to be lucky.

If you are interested in developing the creative aspects of your academic, personal, organizational or business life – then one of the our courses may suit you, or we can develop a new course to fulfill your needs.

These courses are based on experiential learning – an immersive experience free from urban distraction in the stillness of the Burren landscape and the purpose-built studios of Burren College of Art.  The unique learning environment of the burren enables deep focus and immersive learning and is an indispensible element of all our courses.  An immersive education cannot happen quickly if reflection and transformative learning are to take place, and our courses normally take place over a number of days involving at least one overnight stay in this focussed environment.  Activities include both individual and group emphases with much sharing of experience in exploration and experiment with creative processes, making the course a most enjoyable experience with a powerful and rewarding group dynamic.

Martin Hawkes, a founding trustee of the Burren College of Art (BCA), has a background in the public service, commercial banking and entrepreneurship – increasingly social entrepreneurship.  Education has been a recurring theme in his life.  As well as his involvement with BCA, he has helped create a community-based university in Uganda and has chaired a second level school in Ireland for some 25 years.

Concern with climate and other evidence of profound systemic change – artificial intelligence, connectivity, IT and much more – has led to his recognizing the need for a shift in the nature of education to match the demands of a future which he believes will be radically different from the past.  His interest in creativity has been an evolving one based on his belief that true education needs to start with self-knowledge and paying attention to the internal place from which attention and creativity arise.  Increasingly the challenge of education will be to develop the capacities to learn, adapt, innovate and co-create together in a world where change is the only constant.

Timothy was educated at the Hornsey College of Art and the Royal College of Art in London, and the Cité Internationale des Arts, Paris, as well as at Cardiff Metropolitan University, and he was a member of Joseph Beuys’s Free International University.   He is represented in public collections in several countries including the Irish State Art Collection, NUI Galway, The UK Government Art Collection, The Royal Collection, London, the Hungarian Museum of Fine Arts, Budapest; and Museu Banataliu in Romania.  Other exhibitions in 2018 include the RHA Annual Exhibition as an invited artist, and several Salon group exhibitions at the Oliver Sears Gallery, Dublin.

Having held professorships at Wimbledon College of Art, London and Glasgow School of Art, Timothy moved to the Burren in 2003 to take the position of Dean at Burren College of Art, where he currently teaches part-time as Dean of Possibilities. He is an adjunct professor at NUI Galway. He was elected to the Royal Society of the Arts in London in 1986, to a visiting professorship at Xi’an Academy of Fine Arts, China in 2001, and to the European Cultural Parliament in 2011.  He became an Irish citizen in 2017.  He lives in Kinvara where his studio is located.

For more information on the Creative Difference programmes, please contact: